This World: Play Ground or Battleground? by A.W. Tozer 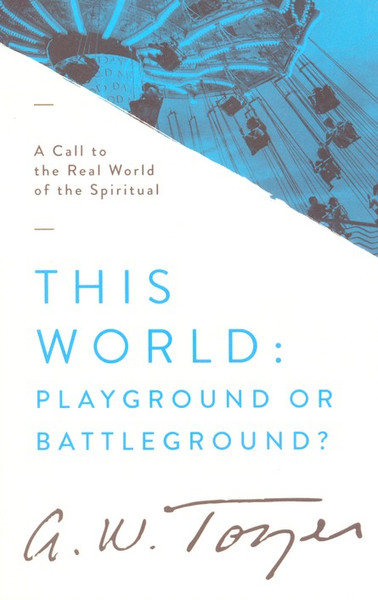 This World: Play Ground or Battleground? by A.W. Tozer

We are at war. But our biggest problem is that we don't realize we are at war. We battle "against the rulers, against the authorities, against the cosmic powers over this present darkness, against the spiritual forces of evil in the heavenly places." Yet we foolishly act as if we live in times of peace and feasting without danger in sight.

Tozer says it best himself, "People think of the world not as a battleground, but as a playground. We are not here to fight; we are here to frolic. . .The 'worship' growing out of such a view itself has become a sort of sanctified nightclub without champagne."

With the vigorous and poignant style that has made his words timeless, Tozer calls the church to embrace reality. There is a spiritual battle happening all around us. It's time we fight.

Tozer on the Almighty God: A 365 Day Devotional

Evenings with Tozer: Daily Devotional Readings by A. W. Tozer

The Pursuit of God by A.W. Tozer