The Six Seasons of Calling: Discovering Your Purpose In Each Stage of Life 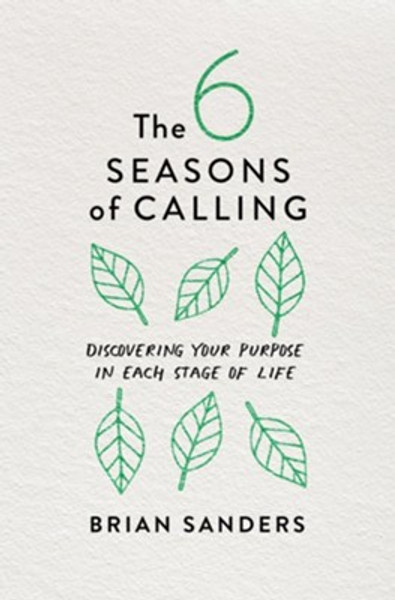 The Six Seasons of Calling: Discovering Your Purpose In Each Stage of Life

What if you don't have a calling from God . . . but callings?

Often we think of our calling as a singular moment of divine purpose revealed to us in young adulthood and static for the rest of our lives. But consider how God usually works. He created the cosmos in six successive days. Might He not also have six seasons of calling for the lives of His people?

In The 6 Seasons of Calling, Brian Sanders helps you view your calling as something ongoing and dynamic. Because your calling is rooted in your relationship with God and your perception of His voice, it isn't a static or one-time experience. Of course, your calling doesn't constantly shift and change. Yet God has ordained six basic seasons as your life unfolds:

Instead of wandering aimlessly through life, let the six seasons of calling provide structure for your development. Locate yourself in this sequence. Live mindfully in each season. Learn from its lessons. Look for what might be next. And remember . . . only at the end of your life will you see why each season was valuable and not to be rushed.

Doing Life with Your Adult Children

The One Year Recovery Prayer Devotional: 365 Daily Meditations toward Discovering Your True Purpose

Through a Season of Grief: 365 Devotions for Your Journey from Mourning to Joy

The Power of the Cross: Putting it to Work in Your Life

The Holiness Of God

The One Year Love Talk Devotional for Couples, Paperback

Culture: Living as Citizens of Heaven on Earth

He is Enough: A 6-Week Bible Study of Colossians

Lies Men Believe: And The Truth That Sets Them Free