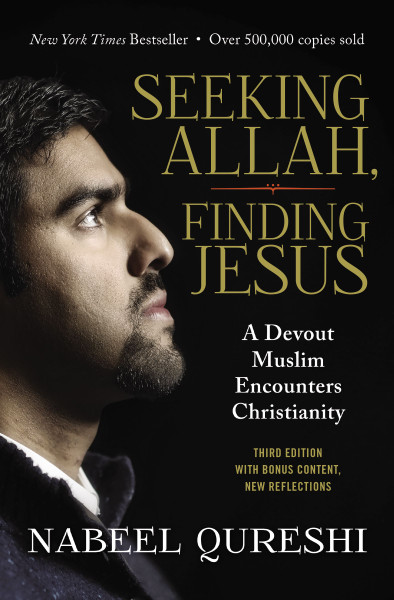 Providing an intimate window into a loving Muslim home, Qureshi shares how he developed a passion for Islam before discovering, almost against his will, evidence that Jesus rose from the dead and claimed to be God. Unable to deny the arguments but not wanting to deny his family, Qureshi struggled with an inner turmoil that will challenge Christians, Muslims, and all those who are interested in the world’s greatest religions.

Engaging and thought-provoking, Seeking Allah, Finding Jesus tells a powerful story of the clash between Islam and Christianity in one man’s heart--and of the peace he eventually found in Jesus.

The New York Times bestselling Seeking Allah, Finding Jesus has been expanded to include:

I Can Do Everything Zippered Classic LuxLeather Journal In Turquoise - Philippians 4:13

40 Days of Hope for Healthcare Heroes

Why Does God Let Bad Things Happen? by Chris Morphew

How Do We Know that Christianity is Really True? by Chris Morphew

The Pursuit of God by A.W. Tozer

The Pilgrim's Progress in Today's English by John Bunyan